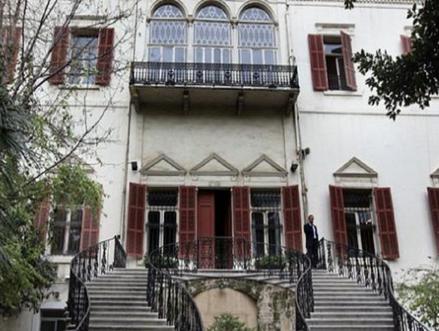 A meeting over the electoral law was held Friday afternoon between the representatives of the country's main political parties, media reports said.

The meeting comes amid intensified deliberations among the political forces that aim to reach an agreement on a new electoral law before the crucial May 15 legislative session.

It was the first such meeting to be attended by a PSP representative and also the first one marred by the absence of Finance Minister Ali Hassan Khalil, the political assistant of Speaker Nabih Berri.

The attendance of PSP's representative comes a day after talks in Clemenceau between Bassil and PSP leader MP Walid Jumblat.

Khalil and Adwan had held a meeting earlier on Friday at the Finance Ministry, according to LBCI television.

Anonym... I am not in Lebanon anymore...but should I be there... I would cross all the names of those thieves at once...surely Hezboz are tho wors kind... but the others are worthless for the very vast majority... I support no one anymore...