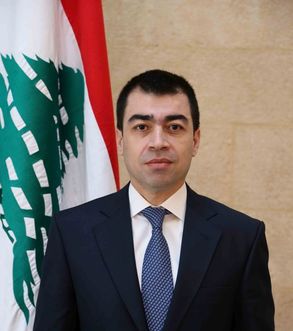 Abi Khalil who spoke at the beginning of the tender opening said: “The tender is perfectly legal and is carried out in accordance with a book of conditions prepared by the government of (former) PM Najib Miqati.”

A total of eight interested companies have participated in the bidding process, in addition to the committee that opened the tenders and was composed of the Ministry of Energy, Electricity of Lebanon (EDL), representatives of the Prime Minister, Minister of Justice, Environment and Finance.

A report will be prepared and submitted to the Energy Minister who will in turn present it to the cabinet, they added.

“Financial bids" will be opened in the next few days, they added.

In March the government approved Abi Khalil's power plan which was based on a previous idea presented by his predecessor Minister Jebran Bassil in 2010 when he was energy minister.

His new project plans to lease three power generating Turkish vessels, instead of two already present in Lebanon, to supply the country with needed power before the summer season begins.

Kataeb Party chief MP Sami Gemayel submitted an official request over the weekend to form a parliamentary panel of inquiry to probe suspected violations in the file of power generation ships.

A statement issued by Gemayel's press office noted that the MP “had promised in an April 11 press conference to submit a request to form a parliamentary panel of inquiry and to follow up on the file of electricity until the end.”