Aoun Receives French Ambassador to Lebanon as His Mission Ends 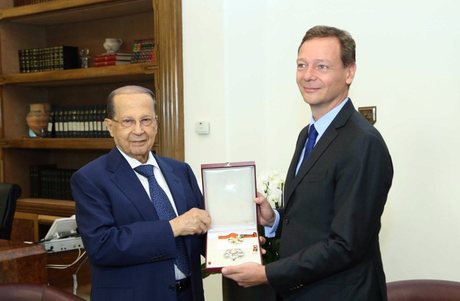 President Michel Aoun received French Ambassador Emmanuel Bonne at the Presidential Palace in Baabda who came on a farewell visit ending his two-year service in Lebanon, the National News Agency reported on Monday.

Aoun awarded the Ambassador the National Order of the Cedar-Grand Officer rank in recognition of his efforts.

Bonne was appointed in August 2015 heading the mission in Beirut after Ambassador Patrice Paoli's term expired.

Which one is leaving???