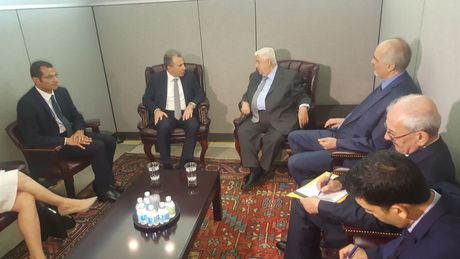 The meeting, on the sidelines of the annual meetings of the U.N. General Assembly, was held “at Bassil's request,” LBCI television reported.

The TV network added that the Syrian side agreed that the refugees should return to their country from Lebanon but noted that Syrian authorities need to make some internal arrangements before the displaced can return home.

Best Syrian-Iranian Foreign Minister we have ever had!