'Return Nizar with You', Family of Iran-Held Man Urges Aoun 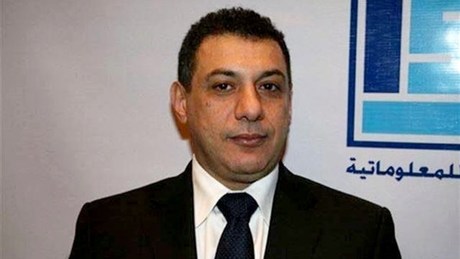 The family of a Lebanese man held in Iran for more than two years now has urged President Michel Aoun to exert efforts to secure his release during his upcoming visit to Tehran.

“Nizar Zakka is a Lebanese citizen who does not possess any other nationality, and he went to Iran under a visa placed on his Lebanese passport by the Iranian Embassy in Beirut,” Zakka's family said in a letter addressed to Aoun.

Zakka, a U.S. permanent resident who used to live in Washington, is the head of the Arab ICT Organization, or IJMA3, an industry consortium from 13 countries that advocates for information technology in the region.

After being detained for around a year without trial over spying allegations, Zakka was sentenced to 10 years in prison and a $4.2 million fine on September 20.

“Ever since he was detained in September 2015, the Lebanese state has been fully absent and has not issued a single statement about his abduction and detention, in contravention with all international norms and laws,” Zakka's family added in its letter.

“The presidents of Azerbaijan and Brazil, and even Kuwait's foreign minister, have liberated their citizens and returned them with them during their visits to Iran, and we urge you to return Nizar with you,” the family said, addressing Aoun.

It added: “We are fully confident that the Islamic Republic of Iran will not reject your request for the release of Nizar should it be made in a serious manner, especially that there are special ties between the two countries.”

“Had the roles been reversed, and an Iranian citizen was detained in Lebanon, you would not have hesitated for a single moment to return them to their country,” the family said.

“The aggrieved Lebanese citizen Nizar Zakka is longing to return to his family and country, and his only hope is your help, Mr. President. This hope is the oxygen that is keeping him alive, especially that he has been observing a hunger strike since September 29,” Zakka's family added.

Zakka had been invited to attend a conference at which President Hassan Rouhani spoke of providing more economic opportunities for women and sustainable development.

In November 2015, Iranian state television aired a report saying he was in custody and calling him a spy with "deep links" with U.S. intelligence services. It also showed what it described as a damning photo of Zakka and three other men in army-style uniforms, two with flags and two with rifles on their shoulders. But that turned out to be from a homecoming event at Zakka's prep school, the Riverside Military Academy in Georgia, according to the school's president.

In February 2017, an Iranian Revolutionary Guard commander claimed that Zakka had confessed that he had tried to "encourage decadence" in the Iranian society.

The alleged confession has not been independently verified. Zakka's supporters deny accusations he is a spy and note he was invited to Tehran by the government.

The Mehr news agency quoted Gen. Sayyari of the Guard's intelligence service as saying that Zakka tried to corrupt "Iranian women and families." The general was not identified by his first name.