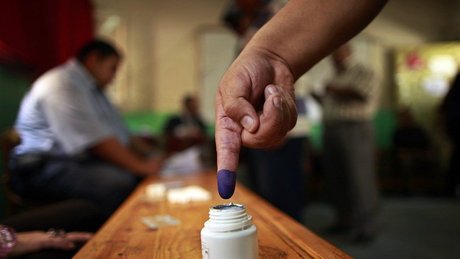 In light of a governmental difficulty to agree on whether to issue biometric cards for the upcoming parliamentary elections, the Election Supervisory Committee said on Thursday that time is running out and stressed the need to complete preparations for the polls away from procrastination, al-Joumhouria daily reported.

“We are in race against time, the matter can longer tolerate procrastination and waste of time,” sources from the committee told the daily on condition of anonymity, pointing out that issuance of biometric voter cards is still an unfinished “obstacle.”

“The project referred from the government to the Finance Committee to cover the issuance expenses of biometric cards (LL202 billion) was not approved. Similarly it will not be passed in the parliament therefore the government must withdraw the suggestion,” they said.

Pointing to another obstacle that government ministers should reach common ground on, the sources said: “Another complicated issue is pre-registration of voters which is still a controversial issue among the committee members.”

“There is almost complete acceptance in the committee on the pre-registration of voters in their places of residence, in light of the Free Patriotic Movement opposition represented by Foreign Minister Jebran Bassil, who gave no convincing reason for this refusal,” they emphasized.

Ministers of various political parties remain divided over the mechanism of the elections and whether to approve pre-registration of voters in their places of residency.

Bassil refuses the move and believes it to be a move “targeted against the freedom of these voters.”

For his part Interior Minister Nouhad al-Mashnouq argues that “the pre-registration of voters has become inevitable,” but sees “inability” to create voter cards—as per Bassil's insistence-- due to lack of time.

Lebanon's elections will be held under a complex proportional representation law for the first time in Lebanon's history.

The government will reportedly address other files during its meeting mainly the file of appointments at State hospitals and the State-owned television, Tele Liban.