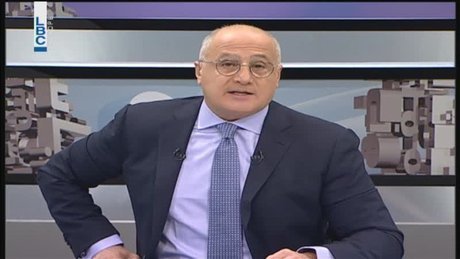 First investigative judge in Mount Lebanon, Nicola Mansour, on Friday interrogated prominent TV talk show host Marcel Ghanem and allowed him to leave pending indictment, as his attorney MP Boutros Harb said the indictment will be issued in a “couple of hours or days.”

“The judge decided to leave Ghanem after he signed a residency guarantee document... We will continue to consider the judiciary independent and... What happened today in the meeting was good," said Harb.

Ghanem appeared before Mansour for a hearing session in connection with a controversial episode of his Kalam Ennas show.

The session began as prominent figures rallied outside the Baabda Justice Palace in solidarity with him.

Prominent figures rallied outside the Justice Palace in support of Ghanem, including Minister of Public Works Youssef Fenianos, MP Ghazi Aridi, former MP Fares Soaid, Chairman of the Board of Directors of the Lebanese Broadcasting Corporation Pierre Daher, Media Commissioner of the Progressive Socialist Party Rami Rayes and media figure May Chediac.

"The prosecution, which is not based on legal reasoning, is sheer political and represents a challenge to the freedom of the media,” Harb said before the hearing began.

"We have not resorted to appeal because we saw it better to face the truth. We are betting that the judiciary will be fair to Ghanem and will restore our democratic system, oppression free," the MP assured.

A subpoena had been issued on December 14 for Ghanem to appear before the judiciary.