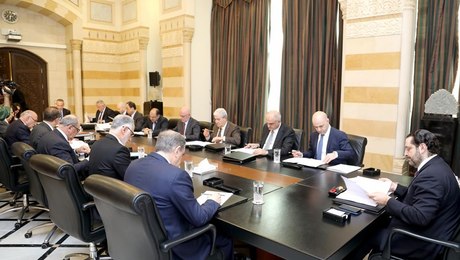 “I will work on finalizing the state budget next week,” Hariri told MTV after a meeting for a ministerial committee tasked with studying the draft state budget.

Speaking after the meeting, Finance Minister Ali Hassan Khalil said “most of the draft state budget's clauses have been finalized, including some reformist clauses and the discussions will be resumed on Monday.”

“Should the political forces and their representatives in the committee shoulder their responsibilities towards slashing the budget's figures in order to lower the deficit a bit, this will be very important,” Khalil added.