Jihadists to Be Evacuated from Syria's Ghouta 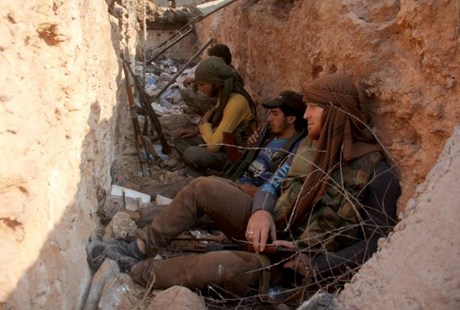 A first group of jihadists is to be evacuated from the Syrian rebel enclave of Eastern Ghouta, the target of a devastating regime assault, a powerful Islamist rebel group announced Friday.

Syrian state television, meanwhile, aired footage of a bus carrying "fighters" out of the enclave through a humanitarian corridor, without giving their number or affiliation.

Fighters from Hayat Tahrir al-Sham (HTS), a group made up mostly of al-Qaida's ex-affiliate al-Nusra Front, are to be evacuated to the northern province of Idlib, Jaish al-Islam rebel group said in a statement.

It said the initiative was "based on consultations between Jaish al-Islam and the United Nations, and a number of international actors."

Despite two weeks of air strikes and artillery bombardment that have killed almost 950 civilians, the main rebel groups have so far rejected Russian-brokered offers to evacuate civilians or any of their own fighters.

The main groups had said on February 27 they would be willing to expel jihadist fighters from the enclave as soon as a U.N. ceasefire took effect.

Eastern Ghouta, which lies just east of Damascus, is home to some 400,000 civilians and is controlled by myriad armed groups.

you talk too much

which explains why he's deaf.

the-world, he incarnates the archetype of the Houthiste bourgeoisie ;-)