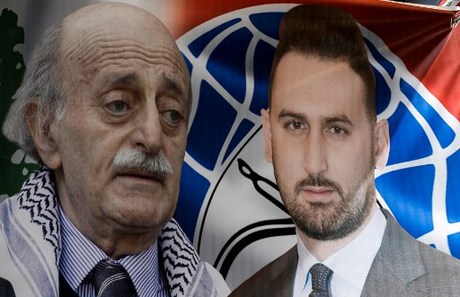 Taimur Jumblat, the son and heir apparent of Druze leader MP Walid Jumblat, announced Friday that the Chouf-Aley 'Reconciliation List' will work on “building the state of law and institutions.”

“We stand before the teacher Kamal Jumblat who founded our path and we salute all the martyrs who offered their blood to protect this path,” Jumblat said at an electoral rally in Baakline on the eve of the electoral silence period.

He vowed that the Reconciliation List, a coalition led by the Progressive Socialist Party and the Lebanese Forces, will “continue the journey and seek to make Mount Lebanon and the country stronger.”

And urging a heavy turnout in the May 6 elections, the young candidate stressed that “Kamal Jumblat's strength and Walid Jumblat's will cannot be defeated.”

How About the Franjeih, and the Chamoun's. They been around ,

So, he is better than any other Druze simply because he is a spoiled privileged son of a warlord?

and what is exactly his 'Will'?

There is nothing "progressive" nor "socialist" about your party. You're just another religious based party just all the others.