At Least 27 Hostages Held by IS in South Syria, HRW Says 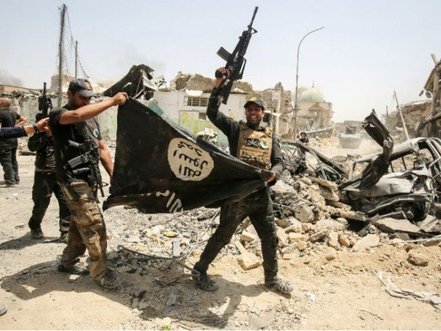 At least 27 people are being held by the Islamic State group in southern Syria, Human Rights Watch said Saturday as it deplored the hostage-taking as a "war crime".

The group of mostly women and children were abducted by IS during a massive July 25 assault on the Druze community in Sweida, in which the jihadists killed more than 250 people.

They are being held by IS to use as leverage in negotiations with the Syrian government and its ally Russia, according to HRW.

"Hostage-taking is a war crime," the rights group said.

Of more than 30 people taken hostage in the July offensive, at least two have since died.

A 19-year-old male student was beheaded and a video circulated of the killing, which was not released on the jihadists' usual channels.

Later in August a 65-year-old woman died, with IS reporting she had been unwell.

Additionally, two women were able to escape after being abducted from their home, a family member told HRW.

Villagers provided the names of at least 27 people who remain in IS captivity, with children as young as seven among them, according to activists in Sweida province.

The province is the heartland of Syria's Druze minority, followers of an offshoot of Shiite Islam who are are despised as heretics by the Sunni extremists of IS.

IS is seeking the release of jihadists captured by the government in the neighbouring province of Daraa, the Britain-based Syrian Observatory for Human Rights said earlier this month.

The jihadists currently hold less than three percent of Syria, after losing swathes of territory to government forces backed by Russian firepower.

But IS has proven it is still able to launch deadly attacks, with eight pro-government fighters killed and more than 60 wounded in an overnight raid in Sweida province.

The attack brought to 54 the number of pro-government fighters killed in the past month, while 147 jihadsts have been killed, the Observatory said.

Since the civil war erupted in Syria in 2011, more than 350,000 people have been killed and millions have fled their homes.