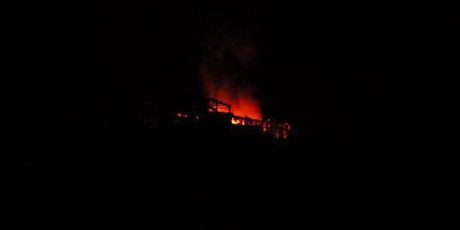 A military official said more strikes targeted the provincial capital from the sea but Syrian air defenses intercepted them.

The state-run Al-Ikhbariya TV reported the explosions late Monday. Nearly half an hour later, it said the strikes continued. It showed footage of what appeared to be fire in a pitch black area. The TV said the target was the Institute for Technical industries in Latakia province.

Not again... this is getting boring.