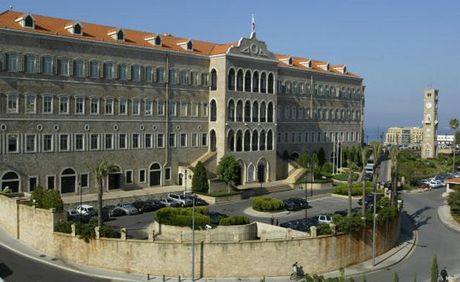 Negotiations to end the government stalemate are “blocked” and reports claiming that a new government formula is being prepared to replace the one presented by the PM-designate Saad Hariri to President Michel Aoun early in September are “untrue,” al-Joumhouria daily reported on Tuesday.

Center House sources (Premier’s residence) told the daily that “negotiations have stopped. None of the political parties have given up on their demand ceiling in order for the Premier to meet them halfway,” they said.

The sources stressed there is “no amended version” (taking the reservations of President Michel Aoun into consideration) of the latest government formula presented by Hariri.

“A breakthrough is unlikely,” they said, emphasizing that Hariri won’t prepare another government formula other than the one he presented to Aoun.

Early this month, Hariri said he presented to Aoun a format for "a national unity government" that does not entail a "victory" for a political camp over another.

He also noted that he took the demands of all parties into consideration.

However, Aoun has reportedly expressed his “reservations” regarding the format.

His mission has been delayed by wrangling between political parties mainly over Christian and Druze representation.

No government before the US midterm elections. Iran and Syria are hoping for a change in the majorities at the US congress that will weaken Trump.