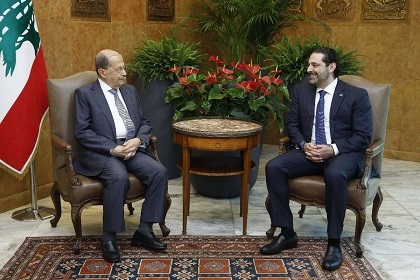 Aoun is expected to travel to New York to take part in the UN General Assembly next week, said al-Joumhouria daily on Tuesday.

Hariri’s trip to France comes one day after the French Ambassador to Lebanon Bruno Foucher held series of meeting with Lebanese officials.

He announced that French President Emmanuel Macron is scheduled to visit Lebanon in February.

z country is collapsing..
pls all politicians u owe it to the people, pack and leave us alone and dont come back anymore..go go go

No government until after the US midterm elections. Iran and Syria will make sure of this. They are betting that a change in the majority in either the senate or the houses or both will be favorable to them.

Wasting the people's money and putting the country in more financial trouble.