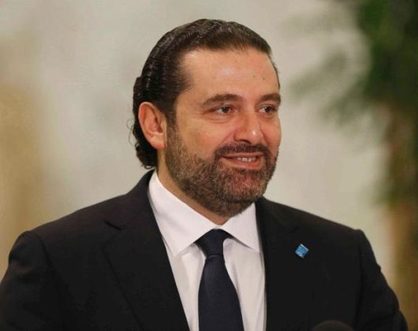 The line-up of the new government is expected to be announced Monday or Tuesday, a media report published Sunday said.

Prime Minister-designate Saad Hariri, who voiced optimistic remarks on Saturday, will return Sunday evening to Beirut from Jordan to “make the final steps regarding the cabinet line-up,” An Nahar newspaper reported.

“Hariri has asked all parties to provide him with the names of their ministers before Monday so that he allocates the portfolios and completes the cabinet line-up before his expected visit to the Baabda Palace in the beginning of the week,” the daily added.

President Michel Aoun is expected to accept the line-up, An Nahar said.

Political wrangling over portfolios, especially among Christian and Druze forces, has delayed the formation of the cabinet for several months now.

A new hurdle has also emerged in recent days regarding the representation of Sunni MPs opposed to Hariri's al-Mustaqbal Movement.