Report: Aoun in ‘Confrontation’ with Hizbullah over Representing March 8 Sunnis 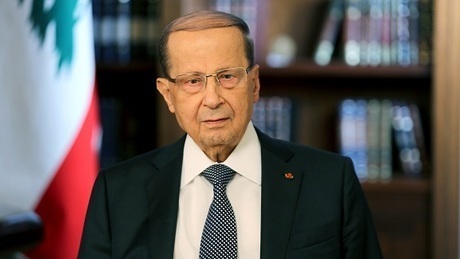 A new obstacle of the representation of so-called independent Sunni MPs delaying the formation of the government, has triggered a “difference” between Hizbullah and President Michel Aoun after the latter’s declaration that the demand was “not righteous,” the Saudi Asharq al-Awsat daily reported on Friday.

Since Aoun’s latest remarks about said MPs, no meetings were recorded between him and Hizbullah, said the sources following up on the government formation process.

They said discussions aiming to find a solution for the hurdle were ongoing but without recording any progress in that regard, noting that Aoun and Hizbullah have not met since Wednesday.

On Wednesday, when Aoun was asked about the emergence of the so-called Sunni representation hurdle as the new cabinet was on the verge of formation, the president said: “The obstacles are unjustified and using delay as a political tactic undermines the national strategy that we are in dire need for.”

Hizbullah has thrown its weight behind the MPs' demand and refrained from providing Prime Minister-designate Saad Hariri with the names of its own ministers in a bid to press him to accept giving a seat to the aforementioned Sunni grouping.

“Aoun’s position must not affect his relations with Hizbullah,” said the sources, noting that the President has defended the party and rejected accusations of terrorism against it.

The new cabinet was on the verge of formation on Monday after the Lebanese Forces accepted the portfolios that were assigned to it but a last-minute hurdle over the representation of Sunni MPs has surfaced.

God Bless you, Michel Aoun. God knows that you may be in for a rough time now. Dont tell anyone about your movements. Never sleep the same place twice.

he was central to hezballa obstructions since he came back in 2005 now that they're doing it to him he's not happy. he should have sign on to hariri's proposal 13 days ago when a lineup was ready let it fail in parliament if hezballa and friends had enough votes to do so.

fakenews has the real news and only an idiot can misinterpret this, y'all

It's about time the PM turned around and formed a government of whom he wants. If certain parties or organisations are against it, their problem. He should simply tell them all, "I am the Prime Minister, this is one version of the government I want, the other version is not a single politician at all but bureaucrats experts in the various fields. Take it or leave it"