Finance Ministry: U.S. Sanctions on Iran Have No Direct Effect on Lebanon 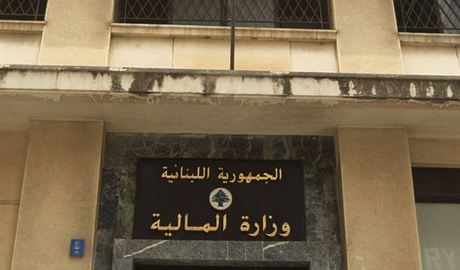 The Ministry of Finance confirmed there was no direct effect on Lebanon as the result of sanctions imposed by the United States on Iran, “because the banking and financial system in Lebanon comply with the international rules,” al-Joumhouria daily reported in Tuesday.

Lebanon “has for a while taken all needed measures dismissing any urgent threat,” added the sources who spoke on condition on anonymity.

However, they raised “concerns of the absence of the executive authority shall things touch the red line,” they said, referring to the delay in the government formation.

“Lebanon needs to cover its expenses by the end of the year. Since expenditures are increasing and revenues are limited, Lebanon as usual will be needing loans. But, who will lend us in these circumstances and foggy political situation?” they asked.

Last week the U.S. began restoring sanctions that had been lifted under the 2015 nuclear deal with Iran, which President Donald Trump withdrew from in May. The administration says the renewed sanctions are meant to pressure Tehran to halt its alleged support for international terrorism, its military activity in the Middle East and its ballistic missile programs.

Iran has been backing Hizbullah financially and militarily since the group was established after Israel’s 1982 invasion of Lebanon.