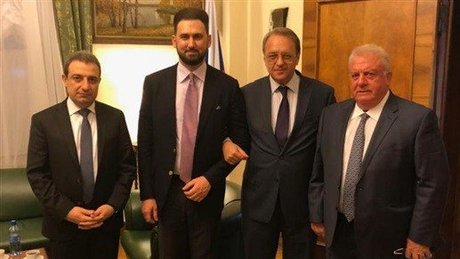 A statement issued by the Progressive Socialist Party said the meeting was attended by the Russian official in charge of the Lebanese, Syrian and Palestinian files, Andrey Panov, MP Wael Abu Faour and Dr. Halim Bou Fakhreddine.

Jumblat had visited Moscow in August to discuss the situations of the Druze community in Syria's Jabal al-Arab region in the wake of a bloody Islamic State assault on the region.

The young MP said at the time that he discussed means to “protect” the Druze of Syria in his talks with the Russian officials.