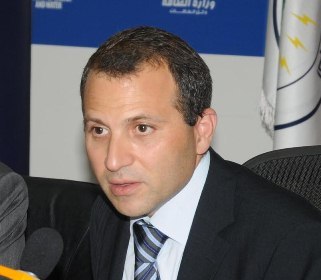 Free Patriotic Movement chief MP Jebran Bassil has proposed an initiative to overcome the so-called Sunni hurdle that is delaying the formation of the new government, media reports said.

“It involves an exit that calls for naming the sixth Sunni minister from those labeled as centrist Sunnis instead of him being from the (pro-Hizbullah) six Sunni MPs or provocative to the PM-designate,” the newspaper added.

“It is likely that the sixth Sunni minister will be the one whom Hariri has exchanged with the President for a Christian minister, in order to keep Hariri’s share intact,” al-Joumhouria said.

Hariri is scheduled to hold a press conference on the latest developments at 3:00 pm Tuesday.

The government was on the verge of formation on October 29 after the Lebanese Forces accepted the portfolios that were assigned to it but a last-minute hurdle over the representation of the aforementioned Sunni MPs surfaced.

Aoun -- a Hizbullah ally -- threw his support behind Hariri and rejected the demand during a TV interview, noting that the aforementioned MPs are “individuals and not a bloc.”

Hizbullah chief Sayyed Hassan Nasrallah later announced that his party would accept any solution that the six Sunni MPs would accept but the lawmakers have so far remained defiant.

While these losers (so called leaders) loot the minimal resources this country has, their strongest assets is that this country is built on sectarian principles which are the root causes of our past, current and future problems.