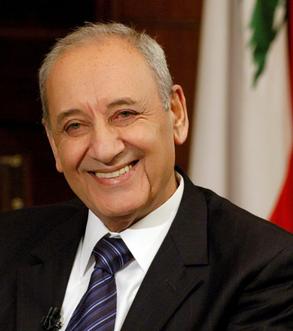 Berri congratulated Rahi over the phone, and made similar congratulatory calls with Franjieh and Geagea, NNA said.

Geagea and Franjieh held a reconciliation meeting Wednesday in Bkirki, turning the page on a 40-year-long rift between their two parties.

The meeting was sponsored by al-Rahi and held in the presence of a large number of officials from the two parties.

this is a great thing that happened. since 2007 both parties have been hard at work laying the grounds for this . hopefully it will put to bed not only the conflict between these two parties but also a centuries old blood feud between the two regions. i have relatives in both regions this is something they've been dreaming of for a long time.