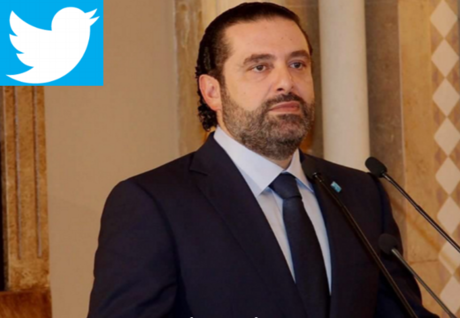 “The Saudi judiciary’s decision to hold the accused in the murder of Jamal Khashoggi is a decision in the right direction in order to establish the principles of justice, and to block the attempts at politicization and the campaigns against the Kingdom,” said Hariri via Twitter.

Saudi Arabia on Thursday called for the death penalty against five people accused of murdering the journalist inside the kingdom's Istanbul consulate, but absolved Crown Prince Mohammed bin Salman of any blame.

Riyadh prosecutors announced indictments against 11 people and said a total of 21 individuals were in custody in connection with the killing.

Khashoggi, who lived in the United States and wrote for The Washington Post and other international media, was killed and dismembered in the Saudi consulate in Istanbul, Turkey on October 2.

MBS ordered the killing, dismembering and dissolving in acid the Khashoggi's body, and Hariri thinks that the Saudi rulers are doing things correctly.... i'm worry about your mental case, Hariri jr.

coming from an unbiased iranian it carries a lot of weight.

Hariri just hopes the movement in the right direction will stop before he loses his job.

roflmao @ "I advise that you visit your nearest Saudi Consulate "!!!!!!

hehehe reminds me of the song 'Hotel California'

"Last thing I remember, I was
Running for the door
I had to find the passage back to the place I was before
'Relax' said the night man,
'We are programmed to receive.
You can check out any time you like,
But you can never leave!'

Share with us the evidence you as lackey of IRAN have that Nassrallah is an Angel of God who has employees who take decisions by themselves and assassinate Prime Ministers, MPs, journalists, etc without considering his opinions... Lol! GTFO and go try to find your virginity that's lost definitely.

who ordered the execution of these two gold traders in Iran?

In my humble unworthy opinion. MBS ordered the kill.
Nevertheless... I don't care much... i am more concerned about those who ordered the killing of Samir Kassir, Gibran Tueini, or the murder attempt on May Chidiac...

are you as a lackey of iran also disgusted with nassrallah when he openly admits all his money, salary, and weapons come from iran?