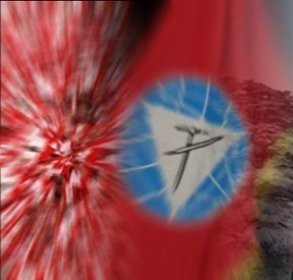 The Progressive Socialist Party has condemned a new Syrian measure obliging Druze clerics who want to enter Syria to obtain cards from Sheikh Nassereddine al-Gharib, who is recognized as a community spiritual leader by MP Talal Arslan and ex-minister Wiam Wahhab but not by PSP chief Walid Jumblat.

“This decision would lead to clear discrimination between Druze and would put obstacles in the way of those who are politically opposed to al-Gharib, especially that there are historical kin relationships and marriages between the Druze of Lebanon and Syria,” PSP sources told Asharq al-Awsat newspaper in remarks published Sunday.

This is “a Syrian interference in Lebanese affairs,” the sources added, reminding that “al-Gharib does not enjoy legitimacy in the eyes of Lebanese authorities as well as abroad,” the sources said.

“The spiritual leader elected with the unanimity of Druze MPs is Naim Hassan,” the sources went on to say.

Senior sources in the Druze religious leadership meanwhile told al-Hayat newspaper that the Syrian move is “an interference in the affairs of the community.”

Jumblat, Arslan and Wahhab had engaged in a war of words on Saturday over the development before deleting their tweets and urging supporters to remain calm.

“Sheikh Nassereddine al-Gharib has his position and respect, so I advise that he shun any role that does not befit his status. Let others do the roles of the infamous Rustom Ghazali,” Jumblat tweeted, referring to a late Syrian officer who was in charge of Damascus' security apparatus in Lebanon.

Arslan snapped back, accusing Jumblat of “insulting” Druze spiritual leaders and covering “corrupt” and “thievish” clerics. Wahhab for his part hailed “the correct decision that has been taken by the Syrian state,” saying it would “enhance the safety of the clerics' entry and their security.”

Jumblat hit back, saying Arslan and Wahhab are the “reincarnations” of Ghazali and slain Syrian security official Jameh Jameh.

There is a reason for that, because Jumblat betrayed his own people in Syria just to get revenge on Assad, for something Hafez Al Assad alledgedly did.

Druze people suffered in Syria, whilst Jumblat turned his back on them. His personal vengeance was more important to him than his own sect.