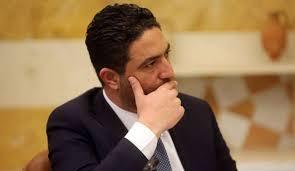 State Minister for Refugee Affairs Saleh al-Gharib announced Monday that it is his “most sacred duty” to achieve “national consensus” over the thorny issue of Syrian refugees.

“We commit ourselves before the Lebanese to present a comprehensive paper to address the refugee issue,” Gharib said at a press conference for the ministers of the Strong Lebanon bloc.

Gharib also revealed that he has carried out “announced and unannounced” meetings over this file.

The minister had visited Damascus and met with a Syrian minister over the refugee file prior to the new government's first meeting. The visit sparked controversy between the opponents and supporters of the Syrian regime in Lebanon.