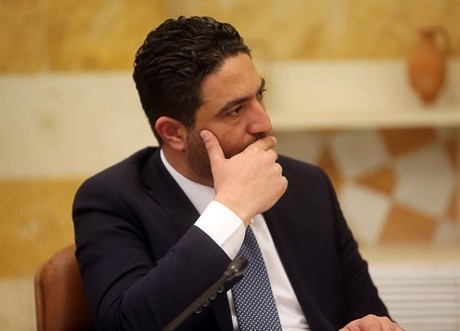 State Minister for Refugee Affairs Saleh al-Gharib, whose statement about refugees was slammed by the PM, was quoted as saying that coordination with the Syrian government was the “only way to secure the return of the displaced,” al-Joumhouria daily reported on Wednesday.

“My main mission is to secure a safe return for the refugees to Syria that can only be attained through cooperation with the Syrian government. This is the only key, let them find another if they can,” Gharib was quoted as saying.

"I am not interested in getting money for my ministry, as those seeking to settle the displaced do, and I am not the Red Cross or the High Relief Commission to dwell on the day-to-day affairs of the displaced. My main aim is to secure their return to their homeland under the best possible conditions,” Gharib was quoted.

According to the daily, Gharib is in the process of finalizing a paper to address the issue of displaced persons, which he will submit to the Council of Ministers after its completion.

On Tuesday, Prime Minister Saad Hariri blasted a statement issued by Gharib over the donor Brussels conference on Syria which Gharib was “excluded” from.

Gharib had on Sunday issued a stern statement, lamenting that “some political parties are acting against the desired patriotic approach and there is insistence on returning to the policies of the previous government on the refugee file.”