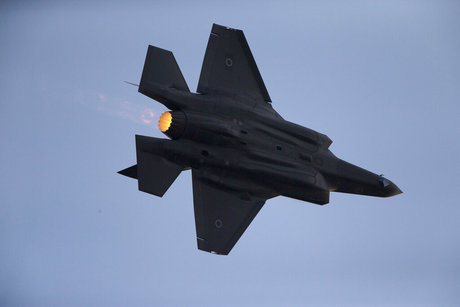 Syrian air defence shot down Israeli missiles targeting the south of the country Wednesday, state media said, as a monitor reported positions of the regime's Lebanese ally Hizbullah had been hit.

The Syrian Observatory for Human Rights, a Britain-based war monitor, said the strikes had targeted positions of the Hizbullah movement in two locations, but without causing any casualties.

"All the positions hit had the Lebanese Hizbullah there," Observatory head Rami Abdel Rahman said.

The missiles targeted Tall al-Hara, a hill in the southern province of Daraa where Hizbullah has radars and the regime has air defence batteries, said the Observatory, which relies on sources inside Syria for its information.

Israel has carried out hundreds of air strikes in Syria since the beginning of the conflict in 2011, targeting forces loyal to President Bashar al-Assad and the regime's allies Iran and Hizbullah.

I fear that Nasrallah will punish the lebanese people with yet another fiery empty speech now.

You are going to wait a long time.