Diab Expresses Solidarity with 'Palestinian Cause' 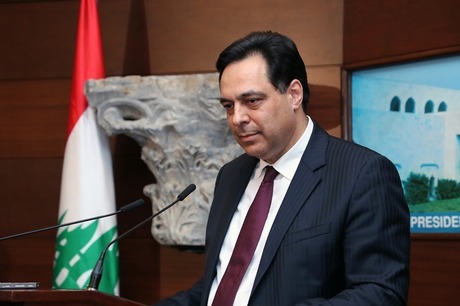 Prime Minister Hassan Diab on Wednesday rejected a peace plan unveiled by US Trump on Tuesday expressing solidarity with the "Palestinian cause."

Trump unveiled the so-called “Israeli-Palestinian peace plan” that grants Israel much of what it has sought in decades of international diplomacy, namely control over Jerusalem as its "undivided" capital, rather than a city to share with the Palestinians. The plan also lets Israel annex West Bank settlements.

Lebanese parties strongly denounced the plan and Palestinians called it biased and deserving to go in the "dustbin of history."