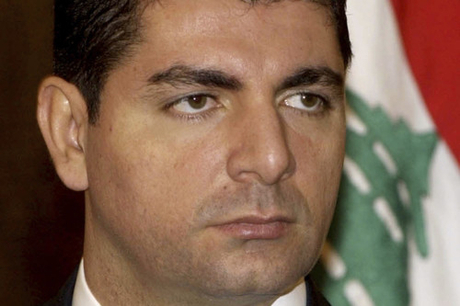 “For a while now, Lebanese media outlets have been circulating news related to Sheikh Bahaeddine Hariri that have nothing to do with reality, following 15 years of intentional silence on his side, during which he stayed away from Lebanon and did not even exploit his commercial projects for personal or political marketing,” the statement said.

It noted that Bahaa’s visit to Saudi Arabia in 2017 was made at an invitation from the Saudi leadership.

“Anyone who gets invited by the kingdom meets the invitation, except for its enemies from the Iranian militias and their cronies,” the statement added.

As for reports that he sent an envoy to Progressive Socialist Party leader Walid Jumblat in November 2017, Hariri’s statement clarified the ambiguity.

“In fact Jumblat communicated with Sheikh Bahaa Hariri via WhatsApp and spoke of threats facing the country, most importantly his speculation that the Israeli entity would launch a destructive war on Lebanon and the region. Accordingly, an agreement was reached on a meeting between him and an envoy dispatched by Sheikh Bahaeddine Hariri and this is what happened,” the statement said.

Turning to Bahaa Hariri’s relation with ex-minister Ashraf Rifi, the statement said the Lebanese-Saudi billionaire sent him armored cars “after his security was exposed by the ruling authorities at the time,” noting that Rifi and his team had “unveiled the killer of his father, Martyr Premier Rafik Hariri, according to the report of the United Nations International Independent Investigation Commission.”

“They did not engage in any communication after that,” the statement added.

who cares.... the man is not involved in politics, so leave him alone!

He is the smart one who stayed away from Poisonous Lebanese Politics. Good for him