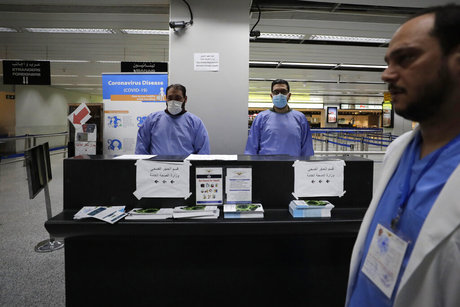 Lebanon on Wednesday recorded its second death from the COVID-19 coronavirus as eight more infections were confirmed, raising the country’s overall cases to 61.

According to MTV, he was infected by a student coming from abroad and was not suffering from any illnesses but had a weak immune system.

“He had infected his wife and two children” prior to his death, MTV said.

Al-Jadeed TV said the man died at the state-run Rafik Hariri University Hospital after being transferred from a hospital in Bsalim.

The National News Agency said four of the infections were recorded at the Notre Dame des Secours hospital in Jbeil and four others at the Hôtel-Dieu de France hospital in Beirut.

Media reports meanwhile said that Lebanese authorities are mulling the closure of restaurants and cafes, following the recent shutting of educational institutions, sports clubs, nightclubs, pubs, fairs and other venues.