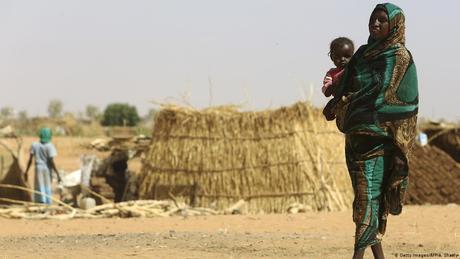 Gunmen killed at least 20 people, including children, who were visiting their farms in Sudan's war-torn Darfur region for the first time in years, a tribal chief said Saturday.

"Two months ago the government organised a meeting between the original landowners and those who took their fields" during the long-running war in Darfur, Ibrahim Ahmad told AFP by telephone.

"An agreement was reached whereby the landowners would return to their fields -- but armed men came on Friday and opened fire, killing 20 people, including two women and children."

The killings took place in Aboudos, some 90 kilometres south of Nyala, the capital of South Darfur province, the tribal chief said.

Around 20 people were wounded in the attack, he said.

The death toll "could well increase, because some of the wounded are in a serious condition", he added.

Darfur has been devastated since 2003 by a conflict between ethnic minority rebels, complaining of marginalisation, and forces loyal to now ousted president Omar al-Bashir, including the feared Janjaweed militia, mainly recruited from Arab pastoralist tribes.

The fighting killed 300,000 people and displaced 2.5 million others, according to the United Nations.

Bashir was deposed by the army in April last year following months of mass protests against his rule, triggered mainly by economic hardship.

He is wanted by the Hague-based International Criminal Court over charges of genocide and crimes against humanity in Darfur.

A power sharing transitional government between civilians and the military was sworn in during September last year.

In January this year, a coalition of nine rebel groups -- including factions from Darfur -- signed a preliminary agreement with the government after weeks of talks.