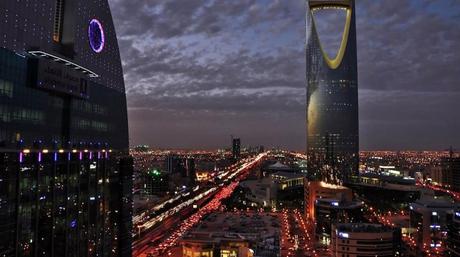 The sacked officials include the governors of the Red Sea coastal cities of Umluj and Al-Wajh, the head of border security and other local commanders as well as officials from the interior ministry, the Saudi Press Agency said, citing a royal order.

The officials are under investigation for allegedly facilitating encroachment of government lands belonging to tourism projects that are under development along the picturesque Red Sea coast, in the historic city of Al-Ula and in the mountain resort of Abha, it added.

The violations had a "great impact on the completion of the projects" and caused "environmental damage", SPA added without elaborating.

Saudi Arabia, which introduced tourist visas for the first time last year, has unveiled a series of multi-billion dollar tourism projects in a bid to diversify the kingdom's oil-dependent economy.

SPA did not say exactly how many officials were fired, and it identified only a few of them.

It marks the latest government crackdown on what officials describe as endemic corruption in the kingdom.

Military and judicial officials were among those arrested over allegations of bribery and embezzlement amounting to a total of 379 million riyals ($101 million), according to the state anti-corruption watchdog.

The watchdog said the arrests came after it criminally investigated 674 state employees, but it neither named any of the suspects nor stated when its probe took place.

A campaign against graft launched in 2017 saw hundreds of princes, ministers and businessmen detained at the luxury Ritz-Carlton hotel in the capital Riyadh.

Many were held there for weeks and most were subsequently released after agreeing significant financial settlements. Authorities said they recovered more than 400 billion Saudi riyals ($107 billion).

The anti-graft sweep led by Crown Prince Mohammed bin Salman was labelled by many critics as a shakedown and a power grab.

maybe Lebanon can learn something about handling corruption.

If Aoun, the Diab government or the army were to do that at this time, it would be told that Aoun and Hizbollah are grabbing power even from their own sects. This is Lebanon and not KSA with a majority of one sec and governance.

Though, I wish we could through all the corrupt starting from the top down .we need revenues to the country without causing a rift or civil war.