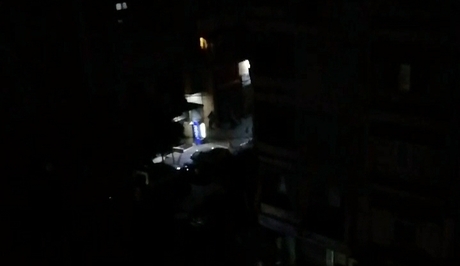 The National News Agency said heavy gunfire was being heard in the area as reports said at least one shoulder-fired rocket was fired.

Social media users said one of the families supports Bahaa Hariri and his new political movement while the other backs ex-PM Saad Hariri’s al-Mustaqal Movement.

The army later intervened to contain the clash.

According to reports, the clash left one person from the Krambi family dead and several other people wounded.

The dispute between the two families had first erupted on Sunday.

lol @ the shia 'christian' of european parents from dahiah with a deep and wide luv tunnel that is open to the public 24/7.

Sunni against Sunni, Shia against Sunni and Christian, Maronite against Maronite, corrupt government; obviously there is something wrong, a challenge how to diagnose the root cause?
I believe by starting in education" accept and respect that other may have different opinion, find a solution by listening and by sound arguments" . Anger is a sign of weakness, the one who angers you has conquered you.

Confederation is the solution. Break up the country and NO we never lived peacefully together alone without external forces on the ground ruling us.

Ignorant western question but we don't have these "family" organizations in the West except for organized crime like the mafia. How do these families operate; is it a business? Sorry, but I have no idea what this article is talking about. Can someone reply?