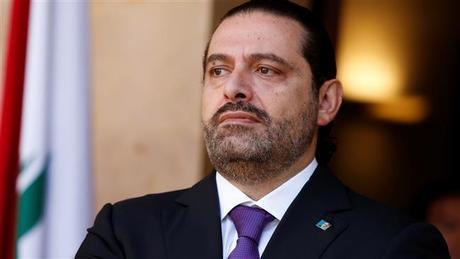 Prime Minister-designate Saad Hariri is expected to visit the United Arab Emirates after concluding his visit to Qatar, al-Joumhouria daily reported on Thursday.

But according to unnamed sources, they told the daily that Hariri’s trips abroad may not have a direct impact on the controversial delayed formation of a Lebanese government.

They said that Hizbullah chief Sayyed Hassan Nasrallah’s latest stance “could facilitate” Hariri’s mission in forming a cabinet. Nasrallah had voiced “objection” to granting a blocking one-third share in a government required by the team of the President, and voiced “support” for allocating the interior ministry portfolio for Hariri’s team.

Hariri traveled to Qatar Wednesday. He met Qatari Deputy Prime Minister and Foreign Minister Mohammed bin Abdulrahman bin Jassem Al-Thani and held talks with him over a dinner banquet thrown in his honor, according to Hariri's office.

The talks tackled “the various general situations in Lebanon and the region and the bilateral relations between the two countries,” the office added.