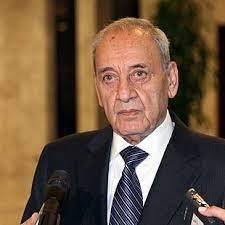 Speaker Nabih Berri reportedly plans to make a new move and launch an initiative that could ease the government deadlock, amid months of wrangling between political leaders to form a cabinet, al-Anbaa electronic daily reported on Friday.

According to Berri’s visitors, the Speaker “expresses dismay” with the political situation.

“Next week, everyone will see the Speakership take intense activity to reactivate the government file in a bid to help the government formation,” they said on condition of anonymity.

“Berri’s initiative this time will succeed because it stems from basic principles that may satisfy everyone if things go in the right direction,” they added.

Eighteen meetings at Baabda Palace between President Michel Aoun and PM-designate Saad Hariri have failed to reach an agreement over a government format.

Excerpt from Financial Times 16/3/2021
Lebanon held hostages as it heads towards collapse.
Lebanon is plagued by political vultures feeding rapaciously on its carcass. The Lebanese are being held hostage by sectarian cliques of warlords in suits.
The largest Christian party of president Aoun, backed by Hizbola, insists on an unwieldy cabinet of placemen rather than technocrats, in which they would have veto rights.There is jockeying for the formerly lucrative energy and finance ministeries.