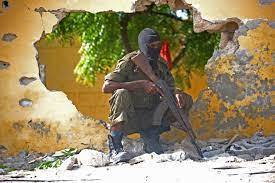 From the arid expanses of the Sahel into the Sinai Peninsula and now Mozambique, Africa is proving fertile ground for jihadist groups looking to bolster their notoriety by exploiting conflicts that have often festered for years.

The fighters who have seized Palma, the Mozambique town near key natural gas projects, are the latest manifestation of a threat that could spread to other weak African nations where corruption is often rife.

The insurgency is linked to the Islamic State group (IS) which, like al-Qaida, is vying for influence on the continent as both recover from defeats and growing pressure in their original bastions of the Middle East and southern Asia.

"If it receives increasing support from the ISIS core -- whether in terms of funding or tactical expertise -- it could continue to gain momentum and eventually form a viable threat throughout the region," warned analysts at the New York-based Soufan Center think-tank.

Decentralized hierarchies of the "historic" jihadist groups facilitate alliances with African locals, who generally operate without direct military orders or transfers of cash, weapons or reinforcements.

Instead, homegrown groups often pursue longstanding grievances against established powers, borrowing the ideological trappings of a war against "infidels".

For Tore Hamming, a researcher at the war studies department of King's College London, the threat reflects two evolving trends.

"One is how militant Islamists involved in conflicts in various African countries have managed to emerge as the most successful insurgents, and second, how local insurgents over time have moved closer to the global jihadi movement," he told AFP.

Africa accounts for 16.5 percent of all attacks claimed by IS since January 2020, according to a well-respected terrorism analyst who publishes on Twitter as Mr. Q.

While that is just half the 35 percent involving Iraq and Syria, the IS's self-proclaimed "provinces" in West Africa (ISWAP), central Africa (ISCAP) and the Sinai have held pride of place in 38 of the 64 most recent front pages of its propaganda weekly Al-Naba.

For government officials and Western authorities, the risk is clearly the emergence of another Sahel struggle, where France's Barkhane forces have had to back local armies for years against a nebulous jihadist network.

That would be music to the ears of IS and Qaeda leaders trying to keep their movements alive despite targeted killings of top officials over the years -- and the loss of the IS "caliphate" in Iraq and Syria two years ago.

"Their African affiliates contribute significantly to their vision to portray resilience through global expansion despite major losses," said Brenda Githing'u, a counter-terrorism consultant based in Johannesburg.

But despite the range of insurgents active on the continent, including Al-Shabaab in Somalia and groups in Algeria, Egypt, Libya and DR Congo, analysts say the emergence of a structured "Sahelistan" under jihadist control is not in the making.

In Mozambique, for example, "IS is not necessarily supplying weapons or money. It's more of an ideological membership, a sharing of a program," Mr. Q. told AFP.

It is the modus operandi of groups across the continent: a declaration of allegiance, centralized communications and even strategic advice that unites groups under a single structure, but no functioning military hierarchy.

And despite their pledges of adherence to a global cause, local groups usually pursue immediate goals such as territorial control or an end of oppressive central government policies that often go hand in hand with endemic poverty.

As a result, and despite warnings from some Western officials, analysts say African jihadists have little appetite for trying to orchestrate terror attacks in western Europe or North America.

For the same reason, local insurgency chiefs are unlikely to reach the upper echelons of IS or al-Qaida leadership.

That is the case for Iyad Ag Ghaly, leader of the shadowy Group to Support Islam and Muslims (GSIM) in the Sahel, or the Shabaab chiefs in Somalia, said Stig Jarle Hansen, an Africa expert at the Norwegian University of Life Sciences.

"They all have local agendas and I don't see any of them being a leadership candidate," he said. "But their relative importance has increased."