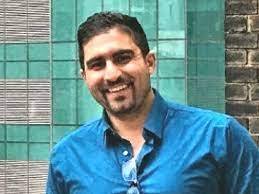 The conviction of a New Yorker charged with providing material support to Hizbullah by seeking targets in New York City for terrorist attacks has been upheld by an appeals court, though one of three judges questioned the 40-year prison sentence, saying it was too long because nobody was harmed directly by the crimes.

The 2nd U.S. Circuit Court of Appeals in Manhattan ruled on Ali Kourani's appeal challenging the conviction and the sentence.

In a majority opinion written by Circuit Judge Jose A. Cabranes, the appeals judges concluded that a trial was properly conducted before Kourani's 2019 conviction and that the judge did not error by allowing prosecutors to use confessions he made during 2017 interviews with the FBI at his trial.

The 2nd Circuit said FBI agents were not coercive when they met with Kourani at a conference room at Seton Hall University, where the agents were dressed in business-casual clothing and did not display weapons.

But in a partial dissent, Circuit Judge Rosemary S. Pooler said the 40-year sentence was overly harsh when compared with the prison sentences given to other defendants convicted of similar crimes. She wrote that a 20-year prison term would have been more consistent with what resulted from similar convictions.

And she said: "It is not lost on me that Kourani's actions could have culminated in far more injurious results. Nevertheless, they did not, and accordingly, the sentence imposed is disproportionately high."

Authorities said Kourani came to the U.S. legally in 2003, earning a bachelor's degree in biomedical engineering in 2009 and a master's degree in business administration in 2013. He became a naturalized U.S. citizen in April 2009 and was issued a U.S. passport.

Prosecutors said Kourani was recruited by Hizbullah after a family residence was destroyed in 2006 during the conflict between Israel and Hizbullah.

They said he traveled to Lebanon in 2011, when he learned to use a rocket-propelled grenade launcher, assault rifles, a submachine gun, a machine gun and a Glock pistol.

Water board him first ! Then give him the chair, the electric one.