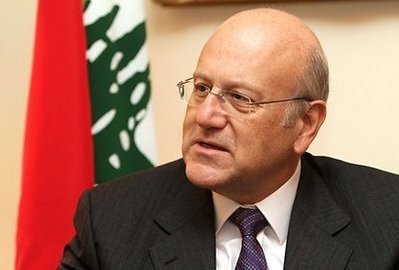 Unlike after the previous meetings, Miqati left the palace without making a statement. "Hopefully things will be fine," he told reporters.

Informed sources had said that Miqati had intended to visit Baabda Wednesday afternoon carrying a complete cabinet line-up before being informed by the Presidency that some issues were still unresolved, prompting him to postpone the visit to Thursday.

Miqati had met with the club of former PMs to discuss the formation developments, stressing that he would continue his efforts and that he “will not offer concessions,” the PSP’s al-Anbaa news portal reported on Thursday.

Informed political sources meanwhile ruled out in remarks to al-Anbaa the possibility of an imminent government formation, noting that there are indications that the blocking one-third demand is still on the table.

“There is no agreement yet on all names, starting by the deputy PM and the foreign minister to the rest of the portfolios,” the sources added.

Al-Mustaqbal bloc MP Assem Araji meanwhile told al-Anbaa that “there will be no government in the foreseeable future,” adding that “it seems that the Presidency does not want a government unless it resembles Hassab Diab’s government.”

“Its formation is hinging on the fate of the negotiations between the U.S. and Iran and on the possibility of obtaining a blocking one-third,” Araji added.

What a pity that Lebanon cannot act and behave as a sovereign country evrn to form its government.