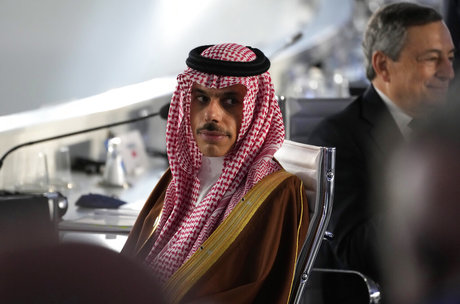 "There is no crisis with Lebanon but a crisis in Lebanon because of Iranian dominance," he told Al-Arabiya television, adding: "Hizbullah's dominance of the political system in Lebanon worries us."

The kingdom, which wields strong influence over many of the smaller Gulf states, has stepped back from its former ally Lebanon in recent years, angered by the influence of Hizbullah.

Qatar -- which in January this year repaired a rift of its own with Saudi Arabia -- and fellow GCC member Oman meanwhile urged restraint and dialogue between Lebanon and the Gulf countries.

"The (Qatari) foreign ministry calls on the Lebanese government to take the necessary measures... urgently and decisively, to calm the situation and to mend the rift," it said.

Oman said all parties should strive "to work to avoid an escalation, and address differences through dialogue."

The row has been sparked by a Lebanese minister's criticism of the Riyadh-led military intervention in Yemen. It has seen Saudi Arabia, Kuwait and Bahrain expel Lebanese envoys and recall their own ambassadors. The UAE has meanwhile withdrawn its diplomats from Beirut while Riyadh has also banned all Lebanese imports.

In his remarks -- recorded in August before becoming minister but aired on Monday -- Information Minister George Kordahi called Yemen's seven-year war "futile" and said it was "time for it to end."

He said Yemen's Huthi rebels were "defending themselves... against an external aggression," adding that "homes, villages, funerals and weddings were being bombed" by the Saudi-led coalition. The Huthis are backed by Saudi arch-rival Iran, which has significant influence in Lebanon, where it backs the powerful Hizbullah.

KSA has dominance of half of lebanon. So,where is the problem?

KSA gets criticized by someone or by a journalists now and then and everyone starts barking.

Iran gets criticize, insulted and worse called a terrorists entity by MTV, the lebanese forces, kataeb, Rifi, Jumblat, Soueid, theirs news paper, journalists, and other politicians on a daily basis. Have you heard anyone from Iran doing the same.

BTW, both contributes billions on money to lebanon indirectly.

BTW according to MTV money from the gulf through individual controbution and exports amount to over 6 billion annually. Adding that to another 3 to 4 billions from non gulf state..why is the dollar is l.b 20,000 for a population of 4.5 millions.

Yes Iran pays 1billion yearly to arm half the populatotoon against the other.

Saudi Arabia paid to rebuild Lebanon after the civil war that the current ruling class destroyed it, the very same people who picked Kordahi for the job.

Iran however , sends means of destruction to a sectarian terrorist organization which repeatedly invites Israel to flatten homes and infrastructure. Iran never paid the bill!

I advise you to think twice before opening your mouth ago.

Not in favor of Iran, but Saudi Arabia contributed to building what exactly? Downtown beirut and those high rises and yachts sitting in front of the St George. Can you remind of that debt? Helped build the Hariri, Berri and Jumnlat's impire and when it was done with them pulled all their money? Isn't he bankrupt. Do you know they used to pay $100 per vote in Ras el nabh including my grandpa (R.I.P).

Can you tell why the citzen of the North and specifically Akari and Tripoli are still poor? There is no hizb or destruction by Israel or any other entity that took place.
Recall what Saudi Arabia did in 2006? Anyways, you better think 100 times before talking. Get your facts straight.