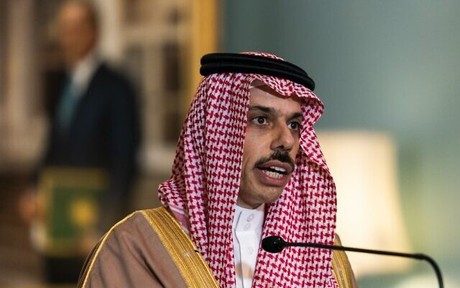 Bin Farhan affirmed that KSA is not willing to communicate with the Lebanese government “for the time being.”

He added that the political class should take the necessary measures to “liberate Lebanon from Hizbullah and Iran.”

For his part, former head of Saudi Intelligence Prince Turki al-Faisal, considered that “what’s happening in Lebanon is sad” and that the Lebanese, including the Shiites, are “paying the price.”

“Not all Shiites there want Hizbullah's dominance," al-Faisal said.

He added that the solution is in the “hands of the people of Lebanon,” praising the Lebanese October revolution “against the situation and Hizbullah.”

Meanwhile, former Saudi ambassador to Lebanon Abdulaziz Khoja revealed that he had survived “3 assassination attempts” while working in Lebanon. He did not accuse “any specific party.”

He added that he had never imagined the ties to be cut between Saudi Arabia and Lebanon.

“KSA has helped Lebanon as a neighboring Arab country,” Khoja stressed, adding that Saudi Arabia has donated “more than $72 billion to Lebanon since 1990.”

“The Lebanese have had enough of Hizbullah’s dominance over Lebanon,” he said.

Well... I don't really like the Saudis what what this dude says is right.
And at least, the Saudis do not try to impose a model on us... the Iranians do.

Also they host 270,000 Lebanese workers, who send millions back to family at home.
Iran sends weapons and destruction to Lebanon.

Iran arms a sectarian terrorist organization and destroys, Saudi Arabia rebuilds for Lebanese of all sects .we should be much more grateful.

Ya Saudi FM, no Lebanese leaders will will END HIZBOS Hegemony.

Hegemony is his code word for democracy.