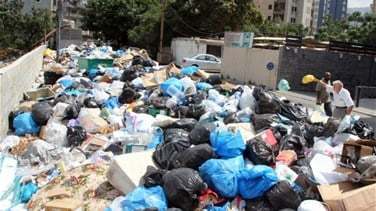 The CityBlu and Ramco companies have stopped waste sweeping and collection operations in Beirut and Mount Lebanon, which might lead to a new garbage crisis in the country, al-Jadeed TV said.

The TV network said the suspension comes in protest at “the failure to settle the contracts” with the state-run Council for Development and Reconstruction (CDR).

“We are working to avoid the crisis resulting from the strike of the workers of waste collection companies, seeing as there is a problem in the contracts between the firms and CDR, and we discussed means to resolve it,” Yassine said after the meeting.

“We are trying to facilitate the companies’ contracts with CDR and to introduce amendments taking into consideration the current (financial) inflation,” the minister added, noting that he will follow up on the issue with the Interior Minister in order to “avoid a crisis on the streets.”