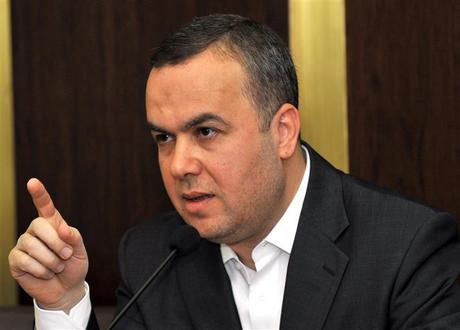 “We were expecting Mr. Prime Minister Najib Miqati to put national belonging first and rebel for the dignity of his country in the face of the repeated insults by the Kingdom of Saudi Arabia against the Lebanese people, the last of which were the statements of its king against a broad segment of the Lebanese, whom he accused of terrorism,” MP Hassan Fadlallah said.

“That represented a major insult to the sanctities of those Lebanese, topped by the blood of their martyrs and the sacrifices of their resistance fighters in the face of the Zionist enemy,” the lawmaker added.

MP Ibrahim al-Moussawi for his part said Miqati’s “flattering words” towards the kingdom exclusively represent him and are only binding for him.

Miqati has issued a statement saying Nasrallah's comments do not represent the government nor the "majority of Lebanese." He called on Lebanese politicians to spare Lebanon from statements "that lead nowhere

In a speech Monday evening, Nasrallah had verbally attacked Saudi King Salman and said Riyadh helped spread extremist ideology worldwide and is taking the thousands of Lebanese who work in the Gulf region "hostage."

These are Iranian MPs in the Lebanese Parliament. Hang them!