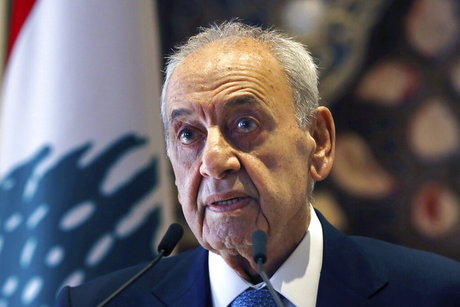 Parliament Speaker Nabih Berri said the Shiite Duo has decided to return to Cabinet “after Amal and Hizbullah were blamed for the deterioration of the situation in the country.”

Berri told an-Nahar newspaper, in remarks published Monday, that “many” have accused the Shiite Duo of contributing to the worsening of the situation, and that they were “held responsible” for the Lebanese currency collapse.

The Lebanese pound had hit a low record of 33,000 for 1 USD to rise again to 24,000 after the Shiite Duo’s statement and a circular by the central bank that allowed banks to unlimitedly buy dollar banknotes in exchange of LBP.

Berri said the decision to return to Cabinet was taken “locally” by the Duo, hinting that there were no international pressures behind their move.

Passing the 2022 state budget is a prerequisite for launching the negotiations with the International Monetary Fund and media had reported a possible international pressure.

The Shiite Duo had boycotted Cabinet since October to pressure the government into dismissing lead investigator into Beirut port blast, Judge Tarek Bitar.