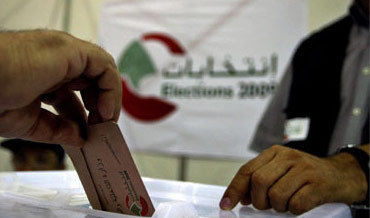 The Interior Ministry has confirmed in a study requested by Prime Minister Najib Miqati that it will be impossible to use voting megacenters in the May 15 parliamentary elections, citing legal, logistic and financial difficulties.

Miqati had requested the study following a letter from President Michel Aoun, who has described the megacenters plan as necessary.

The study says that it will be impossible to set up the megacenters within the deadlines stipulated by the current electoral law. It also says that there is a need to introduce legal amendments amid the presence of logistic and organizational difficulties in terms of the needed manpower and financial resources.

“The time needed to finalize the preparations is no less than five months,” the study says.

It adds that the project’s total cost would stand at around $5.8 million.

The Ministry's study is expected to be discussed in a Cabinet session that will be held tomorrow, Friday.