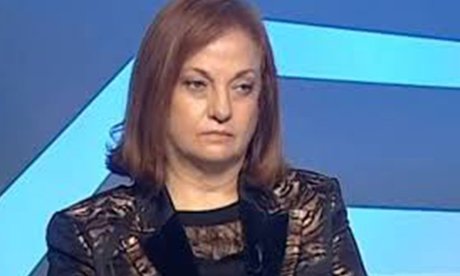 MTV said Friday it has filed a lawsuit against Mount Lebanon Prosecutor Judge Ghada Aoun accusing her of slandering the TV channel.

"Judge Aoun is not respecting the confidentiality of investigations," MTV's lawyer Mark Habaka said, adding that the suit aims at banning the judge's tweets.

"If she has any complaint, she must resort to the judiciary instead of tweets," Habaka said.

Aoun had filed a lawsuit against MTV and TV host Marcel Ghanem as he severely criticized Aoun in his "Sar el Waqt" political talk show on MTV.

Meanwhile, Aoun has also been referred to a disciplinary council by Head of the Judicial Inspection Authority Judge Barkan Saad who claimed that she had travelled to France "without an official authorization."

He also accused her of giving "offensive" testimonies against Lebanese judges.

"I was surprised with the decision," Aoun said, as she added that she had called Justice Minister Henry Khoury before travelling and submitted to him a travel permission request.

Aoun had travelled to France on Monday to participate in a conference about the victims of corruption and armed conflicts.

She said that she was proud of fighting corruption, asking for the help of Europe and France.

"Corruption is a result of impunity," she said, claiming that economists, banks and the central bank chief are backed by politicians and "some judges."

"People with influence are not held accountable before the judiciary because they enjoy a political and judicial protection," she said.

Aoun had charged Central Bank Governor Riad Salameh with illegal enrichment and money laundering, while his brother Raja, who is now in custody, was accused of interfering in the alleged offenses.

She also froze the assets of five of Lebanon's largest banks and those of their board of directors as she investigates possible transfers of billions of dollars aboard during the country's economic meltdown.

lol @ 'She said that she was proud of fighting corruption'

She is as corrupt as the rest of the. I wonder what law school she graduated from and who made her judge.