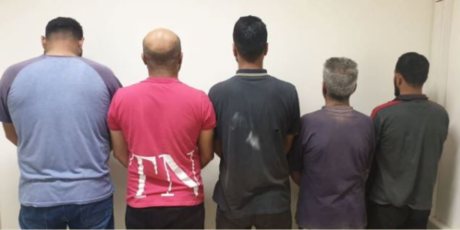 The Internal Security Forces on Thursday announced foiling an attempt to smuggle a large number of people by sea to Italy.

It said the bid was thwarted after the ISF obtained information that a ring of individuals was equipping and renovating a boat in the Dbaye area.

The ISF accordingly managed to arrest the ring’s members – three Syrians and two Lebanese – in the Sin el-Fil and Dbaye areas, an ISF statement said.

The boat was also seized in the Dbaye area, the statement added, noting that the five detainees have confessed to all the charges.

how about busting hizblshaytan for drugs smuggling?