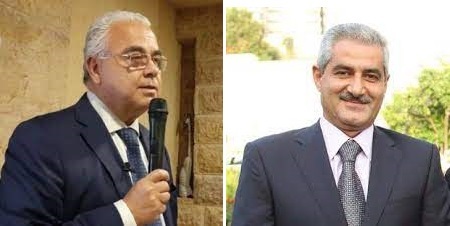 The chances of each of the independent MPs Ghassan Skaff and Sajih Atiyeh for being elected as parliament’s deputy speaker have surged in recent hours, media reports said on Friday.

As MTV said that the race is now limited to Skaff and Atiyeh, political sources told al-Liwaa newspaper that the main blocs have reached consensus over Atiyeh’s nomination “after all the attempts to nominate MP Elias Bou Saab by the Free Partriotic Movement bloc failed due to FPM chief Jebran Bassil’s rejection of this nomination.”

The sources said Bassil has sought to link Bou Saab’s nomination to “agreements over the new government, the FPM’s share in it and the main axes of its mission,” which “has failed to win the needed response from (Speaker Nabih) Berri.”

Bassil has also rejected Bou Saab’s nomination due to “tensions and disputes between them that surfaced before, during and after the parliamentary elections,” the sources added.

Other reports meanwhile said that some members of the FPM bloc support the nomination of MP Georges Atallah, an FPM lawmaker elected for one of Koura’s three Greek Orthodox seats.

“Should Bassil fail to secure Atallah’s win, he might take the choice of backing MP Sajih Atiyeh, who is the candidate of ex-MP Issam Fares, especially that Bassil is in constant contact with Fares and visits him every now and then in the French south,” the reports added.

FPM sources meanwhile told OTV that “contrary to everything that has been circulated, the FPM’s MPs are still clinging to their stance that there is no justification for voting for Speaker Nabih Berri” for the speaker post.

The sources also ruled out that the FPM would leave the choice to its MPs as happened in 2018.

Informed sources meanwhile told the TV network that Ghassan Skaff’s chances have surged in recent hours, “especially that he enjoys the support of the Progressive Socialist Party and the Shiite Duo.”

Also according to OTV, MP Ghassan Hasbani of the Lebanese Forces and MP Melhem Khalaf of the October 17 forces are now out of the race for the deputy speaker post.