Rifi not convinced with Hezbollah as resistance, urges disarmament 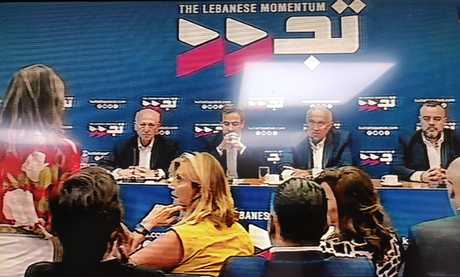 Rifi demanded the hand over of any illegal "Lebanese or non-Lebanese weapons" to the state, considering that Hezbollah's arms have lost their resistance character.

"We demand the extension of the authority of the state on all Lebanese territories without any exceptions," Rifi said.

Moawad, for his part, considered that the loss of sovereignty is the main reason for the collapse.

"Lebanon cannot be isolated from the world," he said, adding that reforms, stability and prosperity cannot be reached "in the presence of two weapons and two decisions."

A true believer in Resolution 1701 ..
.. and not someone using the words with none of their meaning so to achieve an unjust and corrupt purpose