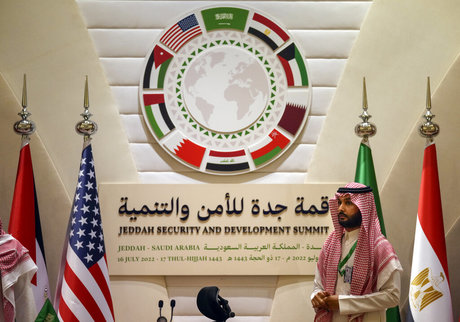 The Free Patriotic Movement has welcomed, in a statement, the support of the six Arab Gulf states, Egypt, Jordan and Iraq for Lebanon.

In a joint statement issued after a summit in Jeddah, the leaders of the nine countries had expressed their support for Lebanon's "sovereignty, security, and stability."

The FPM considered that Lebanon cannot benefit from any support without implementing the needed reforms. "In order to stop the collapse, we need a political will to implement a full reform program," the FPM said.

The statement added that Lebanon's "sovereignty, security, and stability" reflects the FPM's position regarding Lebanon's right to extract its oil and gas resources and the repatriation of the Syrian refugees.

"We are keen on maintaining the best relations with the Arab countries, based on openness, cooperation and mutual respect," the FPM said.

The statement called for the neutralization of Lebanon from the regional conflicts. It expressed the FPM's hope for a comprehensive dialogue in the region, instead of "violence, wars and sanctions, which have only brought harm and destruction."

"We hope that this summit will lead to the completion of the nuclear agreement and to a real rapprochement between Iran and the Gulf states, and that it will bring back Syria to the Arab League," the statement said.