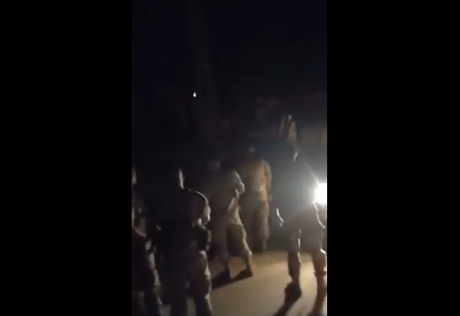 Hezbollah members clashed overnight with residents of the southern border town of Rmeish, prompting the army to intervene to contain the situation.

During the clash, residents of the town reportedly urged UNIFIL forces to protect them from “gunmen surrounding the town.”

According to media reports, the incident started when a Rmeish resident was chopping wood in the Qatmoun area in the outskirts of his town. But “Hezbollah members intercepted him and prevented him from continuing his work, opening fire in the area,” the reports added.

Anti-Hezbollah activists meanwhile said that “after the tough response from Bkirki against Haret Hreik in the wake of the detention of Archbishop Moussa al-Hajj, Hezbollah has started provocations in the border areas, as if the Christians of the Lebanese south are an easy prey.”

In Shia controlled and governed areas, our rivers are pristine and the water is sparkling. Pollution is at an all time low and tourists from across the globe come to Shia controlled areas to enjoy the beauty and purity of our villages.

Ah , the good people from the resistance protectors of the environment and biodiversity ل و ل

١٤٤٤ will be another good year under the auspices of Hezbollah. ‏شكرا إيران

Was anyone arrested and taken into custody for breaking the law?

What did UNIFIL do to enforce United Nations resolutions, as set in their mandate/mission?

Those Iranians in Lebanon are a funny bunch. Hilarious religious extremists.