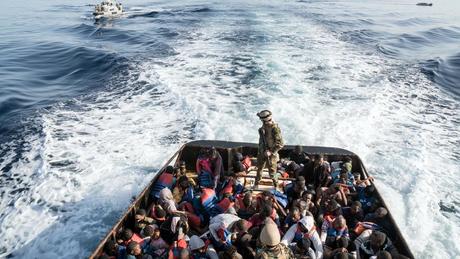 National Guard units "from the north, center, south and coast" of Tunisia foiled the attempts "as part of the fight against irregular migration", a statement said.

Tunisia is a key departure point for migrants hoping to reach Europe -- usually Italy -- and sea crossing attempts tend to increase during spring and summer.

Friday's statement said 76 people were rescued in four operations at sea, and another six were intercepted on land in the Gabes and Sfax areas.

It did not provide details the nationalities of the migrants or report on the condition of the boats they used.

The statement said that both Tunisian and foreign currency were seized, although the amounts were not specified.

Media in the North African country reported a shipwreck on Tuesday off the Kerkennah islands in which eight Tunisians -- three women, four children and a man -- died. Another 20 people were saved.

And on Sunday, the National Guard said that 170 people from sub-Saharan Africa were among 255 migrants intercepted during 17 attempted crossings.

Tunisia and Libya are the main points of departure for migrants trying to reach Europe from Africa.

Tunisia is in the throes of political and economic crises, and Libya has been gripped by lawlessness since 2011 that has seen militias turn to people trafficking.