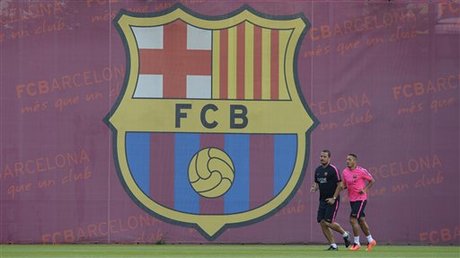 Barcelona had to cut player wages and off-load their star Lionel Messi last year as the club face up to an economic crisis caused by loss of revenue due to Covid and mismanagement.

Barcelona described their new partner as someone with "a long history of producing content". The deal complemented one signed with Socios.com to expand their NFT operation, the club said.

Barcelona's attempts to establish themselves once again as a force in La Liga and the Champions League have seen the heavily indebted Catalans sell off various shares in potential future earnings.

The club's key asset is its massive fan base, and this latest deal for the sale of NFTs and derivatives makes for a quick fix.

Barcelona have spent 153 million euros on transfer fees alone to strengthen their squad, with Robert Lewandowski the most notable new arrival.

Faced with severe limits on spending in order to comply with La Liga's financial controls, Barcelona knew they needed to raise money quickly to be able to invest in any signings and, crucially, to register any new players.